Since the stage of estrous cycle of each female was not determined at necropsy, it is difficult to determine if there is any correlation with cyclicity. The panel, in consultation with an independent reproductive toxicity expert, agreed with the report author that the small differences 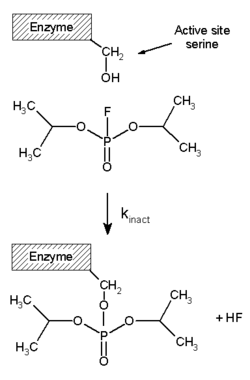 were not treatment related. Developmental toxicity studies were available for acetochlor OXA and alachlor ESA, but not for acetochlor ESA or alachlor OXA. Sprague Dawley fe male rats, 25 animals/group, were administered alachlor ESA in corn oil, by gavage, at a dose of 0, 150, 400 or 1000 mg/kg day once daily from gestation days 6 through 15 and ani mals were killed on GD 20. All maternal animals survived to the scheduled necropsy and no internal findings related to treatment were observed at any dose level.

Rales were observed with alachlor ESA during the daily examinations, at the time of dosing and one hour following dosing. The rales were considered to be consistent with a short lasting irri tation effect from gavage dosing with an acidic compound and not appropriate as the basis for a chronic oral RfD. There were no effects on intrauterine growth and Maraviroc survival at any dose level and no treatment related fetal malformations or developmental varia tions were observed in this study. The panel concluded that ala chlor ESA did not cause any adverse effects in pregnant rats or their offspring at any dose. Therefore, the NOAEL for maternal and developmental toxicity was 900 mg/kg day, the highest dose tested.

The panel also reviewed the developmental toxicity of met olachlor ESA and noted that MEK Signaling Pathway both the maternal and developmental NOAELs for this degradate are greater than 1000 mg/kg day, the highest dose tested, suggesting that develop mental toxicity is not a concern for these acetanilide degradates. For acetochlor OXA, Sprague Dawley female rats were administered the test material in distilled water, by gavage, at a dose of 0, 250, 500, or 1000 mg/kg day once daily from GDs 6 through 19 and were sacrificed on GD 20. There was potential maternal toxicity evidenced by maternal mor tality in two of 25 dams at a dose level of 1000 mg/kg day. Nec ropsy revealed no test article related internal findings at any dose level. There were no effects on intrauterine growth and sur vival of pups at any dose level evaluated.

The panel Neuronal Signaling agreed that the data available for the two degra dates suggested limited concern for developmental toxicity for any of the degradates. This was based on the overall structural similar ity, similar toxicity among the degradates, and uniformly low gas trointestinal absorption. Moreover, given that developmental toxicity is not the critical adverse effect for the more toxic parent chemicals, and that the latest U. S. EPA assessment con cluded that a Food Quality Protection Act factor of 1 was considered sufficient for the parents, the panel concluded that there is limited concern for developmental toxicity for the degra dates, but recognized that lack of data for the untested degradates continues to represent a data gap.